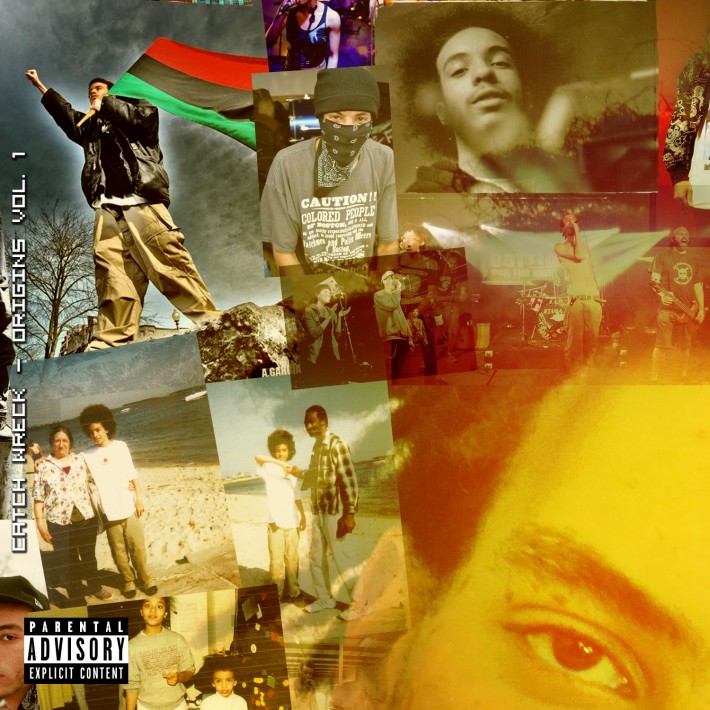 Origins is a reflection of over a dozen years of experience in developing the Boston Hip Hop scene, from the dreams of recording with and opening for notable acts, to the realities of creating in what can often feel like an isolated and unsupportive environment. From a young age, Catch Wreck has not only sought to establish himself in the scene he has helped cultivate in his hometown but also to seek out and learn from those who pioneered this art form.

Catch Wreck’s cunning lyrics display a unique and original perspective exaggerated by his drawling rhyming structure to content that discusses controversial topics including growing up homeless, run ins with the cops, and selling drugs. Featuring production from Blizz Cartel and Guerillapino, Origins features a traditional hip hop sound that uses sonic fundamentals to create a solid project, best displayed by the tracks “Fight Back” and “Street Soliders”.

Catch Wreck is undeniably an artist on the rise with more supporters steadily joining his movement. Featured in XXL’s “15 Boston Rappers You Should Know”, Catch Wreck has released four solo Hip Hop projects independently since 2009, as well as an EP with his rock band Sweatshop. We think that the Origins compilation is a perfect fit for your site, jbf.com, and your urban/hip hop audience. We would be very appreciative if you took the time to listen to the project and post a review to your site as you see fit.

“Its been a long time and I’m ready to share this history with people. At thirteen, I recorded one of my first songs at Chuck D from Public Enemy’s studio in long island with the artist Kyle Jason and I was lucky enough to include that on this project. I hope everyone enjoys this. […] It is a proper representation of my growth as an artist [and] as I begin to push forward with releasing new material in 2014. Most importantly, I hope that it can motivate and encourage fellow artists to pursue their path and craft, at the same time understanding how much time and effort it takes to move towards success”