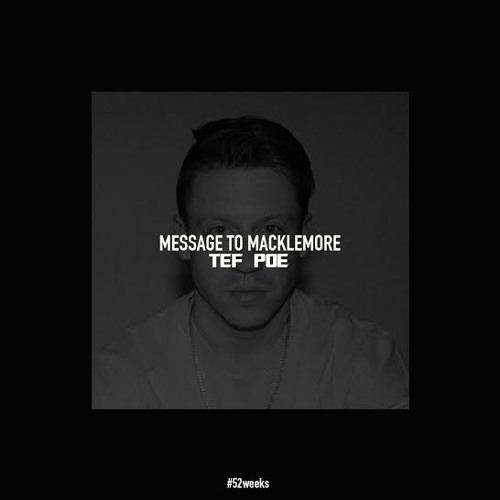 The day after Beyoncé’s Super Bowl performance shocked the nation, rapper Tef Poe releases “Message to Macklemore”, a powerful freestyle responding to the Macklemore’s latest offering, “White Privilege Part 2.” Although some may consider the song a dis, Poe says that it is not. Tef Poe’s song highlights the very real impact that systematic racism has on Black artists, who never have the same freedoms as their white counterparts. This is apart of the #52Weeks freestyle series .Poe plans to release a new song or freestyle once a week for a year. For this contribution he unloads over the instrumental for Macklemores hit single “Wings”.