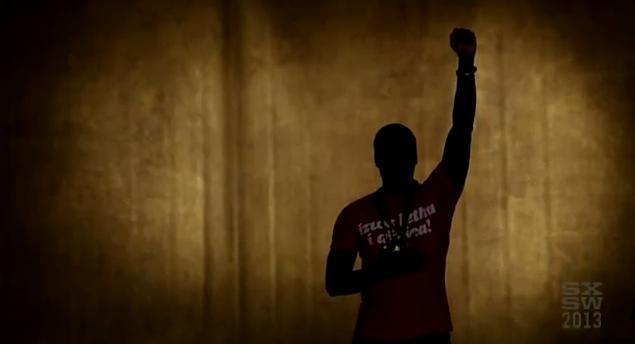 With hard-hitting beats, politically aware rhymes, deft lyricism and strong song concepts, dead prez emerged in 2000 as one of rap’s most politically strident outfits. Stic.man and M-1‘s music provided a voice for the voiceless, a sobering look at the global power structure that was crippling billions of people internationally and millions of Americans domestically. The duo’s first two studio albums, 2000’s Lets Get Free and 2004’s RBG: Revolutionary But Gangsta, were accompanied by four acclaimed Turn Off The Radio mixtapes and solo albums.
When the duo embarked upon recording its third studio project, they wanted to present a new outlook. “We had already built on the political struggle on the first record,” Stic says. “We had already built on the streets and how that relates on our second record, so we said, ‘What about the inner liberation? What about the consciousness in terms of our perspective and our paradigms and our inner awakening? How does that relate to freedom?'”
That self-examination led to Information Age, dead prez’s first studio album in eight years. Stic and M-1 wondered if, during an age where information is easier to access than ever thanks to the Internet, people were taking advantage of that access. Were people tapping into their inner Google, so to speak? They wanted to present an aural juxtaposition of the technical age while using the ancient know-thyself-discovery process and deliver an album with a new, different timbre than their first two albums.