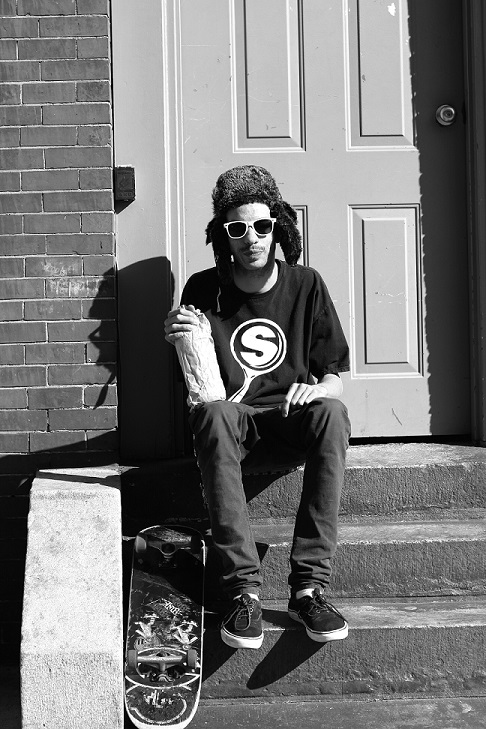 We have a new web series we are doing in collaboration with Fly Syndicate and Scope Urban Apparel. The debut episode was premiered by Future Boston Alliance.

Welcome to ‘The Grinder’ a new web series of video interviews dedicated to exploring the diverse array of talent emerging from the new Hub. The series is brought to you by two taste making brands, Fly Syndicate and Scope Urban Apparel and the Grassroots Grind Umbrella. The series focuses primarily on Boston based artists and entrepreneurs. We hope to introduce you to a side of the city you may have never seen, revealing the incredible things happening in our own backyard every day. At the same time we want to acknowledge the tremendous grind and determination of those who are representing for this creative community.

For our inaugural issue, Fly Syndicate’s pilot, Free, sits down with Scope Gang / CCR Artist / Sweatshop front man Catch Wreck to discuss his appearance on XXL’s list “The New New: 15 Boston Rappers You Should Know,” the reaction, the music scene in Boston, his own progress as an artist, his involvement in Scope Urban Apparel as Marketing Director, and what is in store for the future for this young man of many talents. As one of the future co-hosts of ‘The Grinder,’ we kick it off with Catch because he is a link between so many of the people who we will be sitting down with. So, welcome to ‘The Grinder,’ we hope you enjoy the show.

Watch this episode, outtakes and more on Grassroots Grind TV.