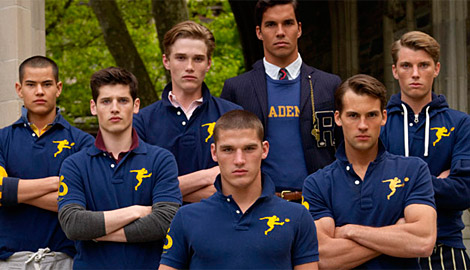 Rugby, the younger-geared gateway drug Brand to the Ralph Lauren Empire is to be discontinued just eight ears after its founding in 2004. According to Style.com, RL confirmed that Rugby’s closure will officially take effect February 2, 2013 when the Rugby Brand stores, including locations in Washington, D.C., New York, Boston, and London, will close. The e-commerce site rugby.com will also shut down.

According to an article by WWD, the company decided to shut down the Rugby Label “in order to focus resources on higher growth, more scalable global opportunities with the core Ralph Lauren brand.” This comes as the Ralph Lauren Corp. as a whole is thriving, and posted a better second quarter than initially expected.

Yet many of the brands’ fans have taken to twitter and other social media to lament the loss of Rugby and are not satisfied with the official explanation of its demise.

Was the Rugby label just not profitable enough or perhaps too much work to raise to the level of the already titanic Ralph Lauren? Is this just a ploy to increase the value and collectiblity of Rubgy pieces? Or is this just another phase lost to the Ralph Lauren archives like Polo Sport or Denim or Blue Label?